Experienced pond owners and professionals/experts advise all pond owners to employ organic and natural means to maintain and beautify all pond types, no matter the size. ‘The best way to fight mother nature is with mother nature’, is a common phrase, and it certainly holds significant value.

You can kill two birds with one stone by adding certain pond fish to your pond. These fish are particularly special because they only survive on eating algae. This way, you can use them to your benefit by controlling those treacherous algae blooms that may wreak havoc inside your pond.

If left unchecked, algae blooms can prove to be fatal for your fish.

However, algae, not algae blooms, is a naturally occurring phenomenon which is caused by natural activity in the pond. Having green algae in your pond is not that bad; it is a sign of a healthy pond where fish strive. Algae’s importance can be gauged from the fact that it is crucial for the natural ecosystem within your pond to exist as algae photosynthesise, creating natural food for your fish. Moreover, it also produces oxygen. Algae is not only consumed by fish, but millions of microorganism and insect species that play a vital role in maintaining a fruitful organic ecosystem in the pond.

So, without further ado, here are some of the best fish known for their algae eating skills. They are cost-effective and friendly to the environment. You should be mindful that these fish will not control algae blooms, however.

Hypostomus plecostomus, commonly referred to as Pleco in the pond community, is a fish that loves to graze algae at the bottom of ponds. It is ideal for the summer periods, when algae is at the rise and algae blooms are inevitable, allowing it to be verily used by pond owners in temperate climates where the risk of string algae is high.

For each 1,000 gallons of water, Pleco can eat a substantial amount of algae. Definitely, Common Pleco, that measures 1-2 feet long, are the largest and favored type of Pleco fish as they consume relatively greater amounts of algae.

Keeping Plecos in your pond will not be a problem as they do not engage in conflicts with other fish; they are friendly and easygoing.

For Plecos, the ideal number is to have per 1,000 gallons of water.

They are ideal for freshwater ponds and environments. These fish are specifically used in warmer climates because they require the temperature to be kept within the 70-79 degrees fahrenheit range.

Since they live up to a whopping lifespan of 10 years, Siamese Eaters will stay your best friends for a long time. Another good news is that they readily adjust and coexist with popular pond fish, such as goldfish and koi.

Unfortunately, since they grow up to be 6 inches long, they do not bode well with smaller fish types, such as guppies and minnows. Moreover, you will also have to shift them in an indoor tank if the winters are particularly cold.

Being a member of the minnow family, native to the rivers of Eastern Russia, the Grass Carp impressively grows to a staggering size of 3.9 feet in only 6 months. Given their size, they are algae guzzlers in a large pond.

The Grass Carp species is known to consume the plant from top to bottom, which means you do not have to worry about those nasty sediments that cause murky water. Consuming a variety of plants, especially algae, they can consume up to three times their weight on a daily basis.

The Grass Carp is certainly not fragile. It can withstand all types of waterbodies, oxygen levels, and even temperature.

The Pond Loach grows 1 feet long. Given its size and endurance, it is ideal for beginners because it can withstand the murkiest of waters. They can survive in water temperatures ranging from 40 to 77 degrees fahrenheit. Although they prefer smaller groups, Pond Loachs can live with other species without a fuss.

Since Pond Loachs prefer cooler temperatures, they are perfect for pond owners living in colder climates. If you live in a temperate region, you will have to shift the fish to an indoor tank.

However, this wintery fish is an opportunistic eater, which means it will first eat insects and plants rather than going for algae. Hence, their algae devouring rate is conservative.

Numerous pond owners and small-scale fish keepers consider the Otocinclus as one of the best algae eaters in the water. Although this small type of catfish is relatively smaller than its competition, measuring 1 to 2 inches long, they certainly make up for their size with their vicious appetite for algae.

They are known to consume all forms of algae, especially the disgusting brown and slimy algae. Since they are small, they are docile and readily adjustable with other fish species. Their practicality can also be stressed by their ability to be gentle eaters. This is especially beneficial for decorative ponds with several nuances in the form of tricky spaces. With the help of their small size, this catfish can get anywhere and subtly feed off all forms of algae in the tightest of spaces.

But, they will not bode well in larger ponds because the bigger fish will eat them in an instance. They are most effective in outdoor and warmer climates.

This entry may surprise you. Koi and Goldfish are beautiful species that are the main attraction of a pond due to their attractive colors and sizes. However, they are also conservative when it comes to eating algae because these fish are omnivores.

However, since they are opportunistic feeders, they will certainly not choose algae over insects and conventional fish food. Although, during the winters, Koi and Goldfish are known to feed on algae as they are relatively dormant.

Having Koi and Goldfish in your pond is worth it because they do a decent job in eating algae, however, you can not completely rely on them to get that pesky algae, all at once. Ideally, you need smaller algae eaters such as the Otocinclus Catfish.

Belong to China’s Yangtze River, this impressive and attractive species of shark will take your pond to the next level. If you are looking for an exotic fish that will get the job done of eating algae, you need to look no further.

Growing to a stunning size of 4 feet, this timid shark is best suited for large ponds. It can easily live with other species, no matter large or small. It can survive cold temperatures in the range of 55 to 75 degrees fahrenheit.

Although Mollies and Guppies do not form the primary defense against algae as it is not their main diet, they can be added to a pond with low algae levels. The reason why these small and beautiful fish are on this list is because their reproduction rate is ample. This means that they can put a serious dent on your pond’s algae levels because they prefer to gently feed on algae present on rock surfaces, bottoms, and every lining of your pond. In larger numbers, they are immensely effective.

If their population gets overburdening for you, you can easily sell them at your local pet shop for a fair price. However, you will have to look after their sensitivity to temperature as Mollies are best suited to water above 75 degrees Fahrenheit and Guppies above 55 degrees Fahrenheit.

Mollies and Guppies are kept in small ponds. They are widely considered as the most effective and cheapest option for fighting algae in a small pond. Apart from algae, these versatile fish will keep mosquito larvae and other insects in check.

When you think of a catfish, what comes to your mind? It is probably the channel catfish because of its whisker tendrils. Since they are a scavenger species, they stick to the bottom of a pond. Their ability to stick to surfaces means that they are exceptional in clearing algae from your pond linings because the Channel Catfish is known to feed on anything that comes in its path.

There is no need to worry about their rate of eating algae because they grow up to measure 2 feet. Another useful attribute of Channel Catfish is their strong sense of smell; The catfish can easily discover algae through this.

However, they should be kept in larger ponds, with one Channel Catfish per 1,000 gallons. Moreover, other fish species of their size should not be kept with them as they tend to get agitated.

They perform at their optimal level in water temperatures of 70 degrees Fahrenheit.

When stocking fish in your pond, you need to be careful of:

Also, when you are stocking new fish, make sure to add them periodically because fish need to acclimatize to their new environment. This acclimatization goes both ways as the natural ecosystem of your pond needs to adjust with the new fish as well.

If you rush the entry of fish into a water body, especially as fragile as a small pond, your fish can easily become ill or contaminated. This is fatal for your pond because one ill fish can cause detrimental contamination to the whole pond.

This is a common question asked by beginners. Well, algae eaters can play a sufficient role in knocking down pesky algae in your ponds. However, it eventually depends on the complete package or balance. Along with algae eaters, your pond has to have substantial aeration, aquatic plants, and proper filtration to completely annihilate the problem of excessive algae at a given time.

Since it depends on various factors, if your algae problem is rising despite all natural efforts, it is always a good idea to get your hands on a water vacuum cleaner. Specifically made for submerged cleaning, pond vacuum cleaners are known to effectively deal with algae using their boisterous suction power.

Concluding Remarks on the Best Choice for Algae Control

The best fish choice for algae control depends on several factors, that include: your pond’s size, surrounding temperature, other fish species, and pH levels as well.

Our recommendation would be to go with the Common Pleco. Why? It is an all-rounder choice that will never pose a threat to other fish species inside your pond due to their docile and passive nature. Furthermore, they amazingly deal with algae because of their massive size and potential of consuming great amounts of algae in a short span of time.

Previous article How to create a pond?

Next article Which plants is used to purify waste water? 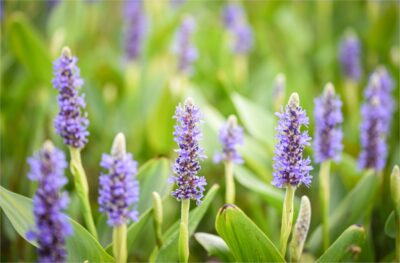 How to Choose the Right Pond Aerator 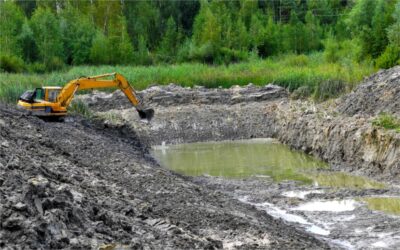 Cleaning Sludge From The Bottom Of a Pond