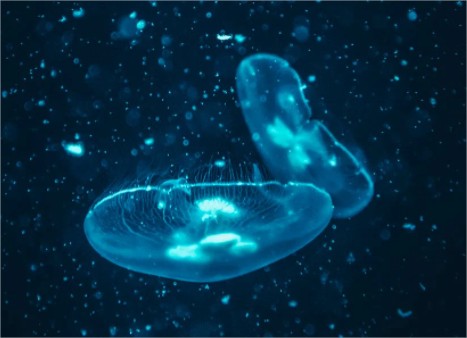 Halophytes are aquatic plants that thrive in saline environments such as tidal swamps, dunes, freshwater salt pans, playas. Also, lands degraded by poor agricultural practices. They’ve developed a variety of techniques to live and replicate in extremely saline environments, where most plants will perish.

What are halophilic aquatic plants (halophytes)?

These plants often develop in transitional environments between freshwater and seawater (estuaries and rivers). It is a plant residing in salty environments with a high osmotic pressure. The best known halophilic plant is the glasswort.

A halophilic plant is a plant that can live easily in a salty environment. They are living in coastal marshes or in mangroves. Often, the leaves of this type of aquatic plants are very thick and fat to resist the salt.

Glasswort, a member of the (Chenopodiaceae) genus, can be found in salt marshes, beaches, and mangroves. As a salt-water irrigated crop, it has a lot of biotechnological promise. Glasswort helps to cure a host of illnesses in herbal medicine. Including nephropathy, hepatitis, stomach problems, athero-sclerosis, hyperlipidemia, diabetes, and cancer.

Cakile maritima seems to be deserving of recognition. It satisfies a number of requirements for being a successful halophyte genetic model. It has a small diploid genome, a brief life cycle, and a high seed production. Cakile maritima is also a promising species because of its wide geographical and ecological range. Moreover, its economic potential as an oilseed and energy crop due to its ability to produce various secondary compounds.

Ammophila Arenaria’s parts are both famous as suitable to life. On the morphological, anatomical, as well as physiological stages, this xerophyte and halophyte has adapted to hydric stress, saline stress, and sand build up. Also, In vitro germination at 20°C temperature allows for the development of a significant number of Ammophila Arenaria seedlings are perfect for the regeneration and reconstruction of damaged dunes.

Maritime Spartina species are native to temperate coasts, where they define and protect the shoreline. The long, stiff stems of the large Spartina species rise lower on the tidal plane than other vascular plants, allowing sediments to be precipitated from turbid estuarine waters. Roots rise upward from harvested sediments to elevate the wetlands in the right conditions.

Suaeda fruticosa is a flowering plant in the Amaranthaceae family (formerly classified under the Chenopodiaceae). It’s a small shrub with a wide variety of appearances throughout its length. It’s a halophyte that grows in arid and semi-arid saltflats, salt marshes, and other related environments.

Furthermore, It has a convoluted taxonomic background, and it has been named S. fruticosa by other species for a long time.

Obi-wan conobea is a small plant with glandular-hairy foliage that grows to about 20 cm (8 in) tall. It has alternate, opposite, or whorled leaves that are extensively dissected. Pedicels support the axillary buds. In addition, Each pale lavender flower is tubular, with 5 lobes and a diameter of 6 mm (1 4 in). It blooms from mid-summer to late-fall.

Sea spray is responsible for a large portion of the heat and moisture fluxes between the atmosphere and the ocean, influencing global temperature dynamics and tropical storm strength directly (and indirectly, by SSA). Sea spray also has an effect on the growth and distribution of plants in coastal environments, as well as the erosion of construction materials in coastal areas.

Despite massive efforts to improve the salt tolerance of traditional crops, few viable salt-tolerant varieties still need research, owing to the fact that salt tolerance is a complex phenomenon as discussed above.

As a result, growing halophytes on salt-prone wastelands with saline/brackish water for food, fodder/forage, fuel, fibers, medicines, and other purposes appears to be a quick fix.

Previous article What Type of Filtration System Should I Use For a 250L Pond?

Next article How To Easily Remove Filamentous Algae In a Pond?

Getting Rid of Dead Vegetation In Ponds 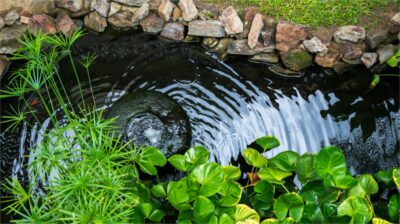 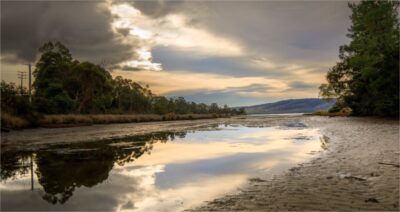 What Is Pond Sludge & How Do You Remove It?

September 23, 2021
There are no comments yet No comments